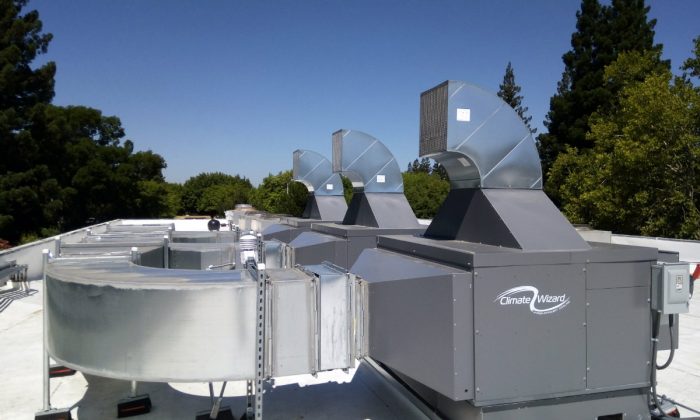 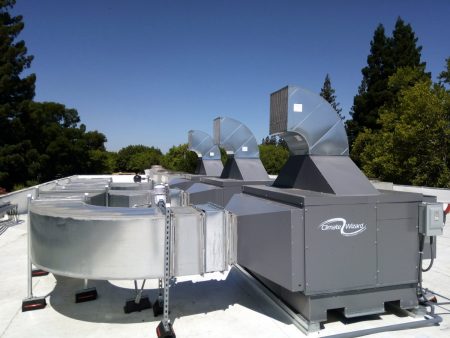 Working in conjunction with customer-owned utility SMUD, Datacate has completed the installation and initial proofing of a first-of-its-kind public data center cooling infrastructure utilizing the innovative Climate Wizard technology for primary air chilling, and has put the equipment online for maintaining the cooling of critical loads. As a result, Datacate’s Rancho Cordova, CA data center campus boasts one of the most efficient and economical air-based powered cooling systems in North America.

Prior to installing Climate Wizard technology, Datacate employed standard Emerson/Liebert CRAC floor units to provide cooling to the data center. Some of those units are still present and operating at Datacate’s Rancho Cordova location. However, the inputs for those units are now fed by pre-chilled air from the ultra-efficient Climate Wizard equipment. The CRACs’ blowers provide the final chilled air distribution to the data center’s raised floor, and optionally can manage humidity, but their role in chilling the air delivered to servers has been reduced to a bare minimum. The vast majority of air cooling is now achieved via Climate Wizard technology, which reduces power consumption for cooling by as much as 80% as compared to standard CRAC units.

The dramatic impact on cooling efficiency as well as the reduction in power usage for cooling were immediately apparent upon bringing the system online. Facilities Manager Chris James noted, “we have seen reductions in raw utility usage for non server loads of over 65% with average cumulative compressor load among all CRAC units dropping from 81% to less than 15%”. This is backed by raw graphing data comparing power consumption to compressor load. “It is simply amazing that on the first 95° day we were averaging 8% compressor utilization compared to a similar period last year at over 80%. 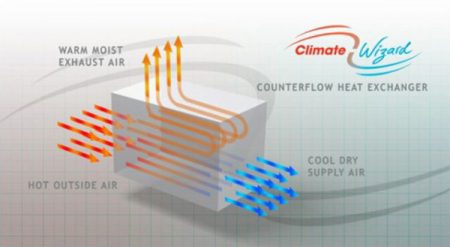 Datacate is already reviewing plans to expand the deployment of Climate Wizard technology. The initial build-out was subsidized under SMUD’s Custom Incentives program, which provides grants and offsets to subscribers in its service area for energy-improving modifications and upgrades. As a customer partner in the SMUD program, Datacate will supply SMUD with ongoing data on the efficiency of the Climate Wizard technology in a production setting and support SMUD’s ongoing monitoring of the same. Datacate’s Climate Wizard implementation will service as a pilot and a guide towards potentially adoption of the technology across the data center industry.

Datacate’s commitment to constantly improving energy efficiency had previously resulted in the receipt of a 2016 Sustainable Business Award from Sacramento’s Business Environmental Resource Center (BERC). Continuing in this vein of recognition for innovation, SMUD has received the 2017 Energy Innovator Award from the American Public Power Association for its work with Datacate on the Climate Wizard project.