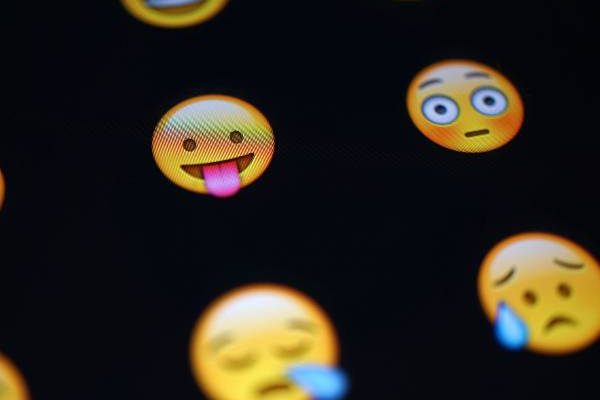 The style and conventions of communication have always shifted over time, in both business and personal settings, but some closely-held rules have stood fast against the changing tide. For instance, while our personal correspondence is allowed a fair measure of familiarity, the business world typically conforms to more formal constructs, such as proper salutations, structured introductions, careful choice of language, and so on – that is, until recently.

Technology has disrupted the way we communicate. Over the years it has become evident that distinction exists between those who are adapting to this development versus those who have known little else from the outset. Millennials and Generation Z have brought a new brand of communication to the business world, coupled with a perspective that can interpret older communication styles in unintended ways. Meanwhile, Boomers and Generation X often find themselves perplexed by the missives of younger generations, or even worse, blindsided when their own routine dispatches are perceived as cold or hostile.

The rapid adoption of instant messaging and group chat systems, which represent native environments for younger workers, has effectively replaced the in-person meetings and formal memos that were the older crowd’s mainstay. Recent global events have made face-to-face communication extremely rare (unless one counts Zoom meetings). Taken in total, the vast majority of businesses find themselves functioning in unknown territory.

The outcome of all this disruption is a tectonic shift in the rules for business communication, with waves of younger workers at the leading edge of the change. Understanding how Gen Z and Millennials communicate, and how they perceive communication, is necessary to avoid misunderstandings and conflict. Below are a few simple principles that, if followed, can go a long way towards this goal.

For those of us who endured endless, brutal education in the nuances of language and grammar, omitting punctuation is an anathema. We tend to agonize over the proper placement of commas, semicolons, and dashes, and would never conceive of ending a sentence without the appropriate mark. Herein lies our downfall, because the common end-of-sentence period may appear aggressive or angry to younger audiences. This is especially true in text messages or group chat channels like Slack, where communication frequently comes in short and immediate bursts. Even in the case of email, a quick reply of one or two lines may be perceived as a strident or frustrated tone when ended with a period.

If this seems strange to you, consider that, in the world of instant and near-instant messaging, the period is no longer necessary to indicate that a sentence is complete, because one can just hit “send” to terminate the line instead. In this environment, the inclusion of a period becomes a means of emphasis, and unfortunately, that emphasis is overwhelmingly perceived as anger, frustration, or irony.

To avoid this misunderstanding, use a new line instead of punctuation to indicate the break between two sentences – this is always advisable when communicating by text or chat. The line break is understood to be equivalent to a period, without the abrupt finality that might convey an aggressive note. In the same vein, don’t use exclamation points or repeated punctuation in any communication unless you truly want to impart frustration, anger, or impatience.

For the time being, a single question mark at the end of a sentence is generally safe, as long as the tone of the question that precedes it cannot be perceived as hostile or sarcastic (i.e., “Can you please send me the report by the end of the day?” is okay. “Can you please complete your work on time?” will probably cause blowback).

Check Yourself Before Hitting Send

We all get busy now and then, juggling multiple priorities and perhaps an unforeseen crisis or two. When work gets hectic, we may succumb to the temptation to fire off a quick message or a reply, banging it out in haste and clicking “send” without proofreading first. Unfortunately, this very circumstance can come back to haunt us, as typos or missing words can make it appear as if we sent the message in an anger-fueled hurry. What’s worse, the tone of the directive itself may come across as very different from what we intended. Younger workers can be particularly sensitive to the implied tone created by these conditions, with unfortunate consequences.

To avoid this possibility, proofread before you send that message, even if it’s just a sentence or two in length. Check it for emotional tone: curt replies or harsh language can convey feelings that you did not intend, causing the recipient to feel anxious. If you are stressed when composing your message, allow yourself to calm down for a few minutes, then review it for tone and revise as needed before sending it. Incidentally, this is good advice for all communication, both written and oral, no matter who your audience may be.

When writing or texting someone you do not know well, it’s best to use a richer and more measured tone, emphasizing meaning and intent. Save communication “shorthand” for those with whom you have a well-developed rapport.

Emojis Have Their Place

Long the parlance of our personal communication, emojis have recently crept into business correspondence. Some view this as a bridge too far, but as it goes with most change there is more to be gained from embracing it instead of swimming against the tide. Emojis can be used effectively in business communication, as long as you know your audience, and you don’t overdo it.

The primary value of emojis is that they can lend a personal touch to your business correspondence, and younger workers perceive them as signaling honesty. However, there is a line past which overuse of emojis will make you appear immature or unprofessional. Where that line exists is situational and specific to the recipient(s).

One potential pitfall of using an emoji is that your intended meaning may not be as clear as you think, even in context. Even the simplest emojis, like the smiley face, can be perceived as smug or gloating by your recipient if the tone and context of their usage are not carefully constrained. In general, stick to those that convey “primary” emotions, and avoid the subtle or ambiguous ones, to minimize the chances of being misunderstood.

Avoid emoji usage with recipients whom you do not know well, and limit usage with close acquaintances. The same general guidelines apply to the use of slang or acronyms (i.e., “SMH”). An occasional emoji or acronym here and there goes a long way.

When In Doubt, Facetime Is King

When the inevitable misunderstanding arises – and it will, rest assured – have an in-person meeting or video call to clear the air. Your first inclination may be to continue the existing discussion via chat, text, email, in an attempt to resolve the issue there. As tempting as this may be, the unfortunate outcome is usually a prolongation of the conflict.

Seeing a person’s face and body language goes a long way toward clarifying meaning. The interactive nature of face-to-face communication leads to the resolution of misunderstandings more quickly and effectively. Failing the availability of either of those, pick up the phone and talk it out.

If you’ve reached this point and find yourself longing for the days of yore, I regret to inform you that there’s no rewinding the clock. All businesses ultimately succeed by adaptation, and the changing nature of business communication is just one more curveball. Learn how to navigate communication with the emerging workforce, and you’ll be well-positioned to survive and even thrive in the new business ecosystem that has been thrust upon us all.