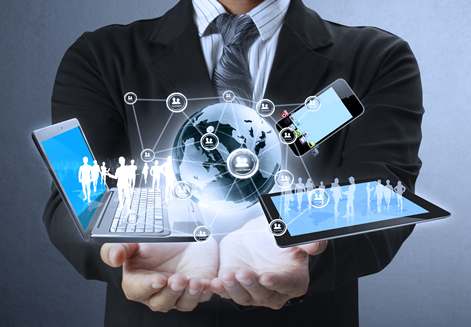 The Benefits Of A Virtualized Office Infrastructure

If you’ve been considering ways to improve and simplify the management of your on-premises office systems, or if you are looking to reduce overall IT costs, a virtualized office should certainly be on your short list of considerations. This article will briefly describe what a virtualized office is, how office functions are typically moved to virtualization, and what benefits are accrued as a result.

What Is A Virtualized Office?

Simply put, office virtualization replaces your physical servers, storage devices, and phone system with logical equivalents that exist on a distributed “cloud-based” infrastructure. While you could build and maintain this infrastructure yourself, is it usually less expensive overall (and usually more reliable as well) to rent it from a third-party provider for a monthly fee. You get all the functions and features you would expect, plus more, without the headaches of supporting and maintaining the physical assets that would provide those services in a conventional setting. You’ll still have desktop phones if you want them, and you’ll still use PCs, laptop or mobile devices, but all the software, services and communications will exist “in the cloud.”

What Steps Are Required To Transition To A Virtualized Office?

To move from an architecture of on-premises servers, storage, communications and related functions, to one that is fully virtualized, requires several steps. Actual execution of the transition should be planned and timed to minimize interruption of availability to users. The third-party services provider will typically work with you to determine the best way to implement your plan. Here is a list of the major steps required to complete the transition to a virtualized office, in no particular order:

What Are The Benefits Of A Virtualized Office Infrastructure?

Other than requiring some minimal retraining of users, the effects of converting an office to virtualization overwhelmingly line up in the ‘benefits’ column:

It’s no coincidence that businesses are embracing the virtualized office model in record numbers – it’s the way forward, and increasingly it’s the only way to remain sufficiently agile and competitive in the modern economy. Datacate provides the resources to successfully migrate to a virtual office, and unlike many of our competitors, we own and operate the underlying infrastructure. We can guide your office virtualization project from the first steps, through implementation, to continued support as your needs grow and change. Please contact us today for more information. We are your full service technology partner.